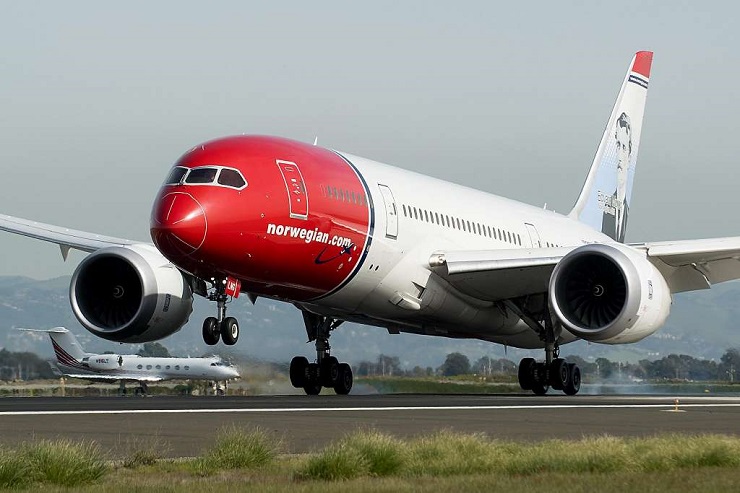 Norwegian Airlines is one of the cheapest transatlantic airlines, but it is getting in trouble.

Norwegian Airlines has recently overtaken British Airways in terms of passengers and passengers on flights between New York and Europe. It becomes the first non-US company on transatlantic routes. The Norwegian is spearheading the trend (already on the decline) of long-haul low-cost flights and offers tickets between Europe and the United States under the 200 euro mark. It has enjoyed a rapid expansion, even if it has recently experienced some financial woes.

If among the large transatlantic carriers, the Norwegian is among the cheapest companies, it is also one of those who receive the most complaints. According to the Civil Aviation Authority (CAA), it receives 526 complaints per million passengers. For example, Air France receives only 310 and British Airways 63. Even compared to other major low-cost airlines, it remains above (Ryanair receives 319 complaints per million passengers and EasyJet 115). Most of these complaints concern long-haul flights.

CAA only receives complaints if they have not been resolved at the company level. For example, if a flight is canceled, the complaint goes back to the CAA only if the customer is not satisfied with the financial compensation (or lack of compensation) offered by the airline. Thus, Lufthansa is not the subject of any complaint.

One of the reasons for the number of complaints against Norwegian Airlines is that, according to the Guardian, this company has a clear habit of declaring its technical problems as “extraordinary circumstances”. However, the European regulation 261/2004, which establishes common rules for compensation in the event of denied boarding, cancellation or long delay of a flight, exempts companies from compensation “when the cancellation is due to extraordinary circumstances that could not have been avoided even if all reasonable measures had been taken “.

For a flight London – New York, this regulation provides compensation between 400 and 600 euros. If Norwegian Airlines does not abuse this exception, a few weeks ago, a passenger managed to impose a compensation after the company invoked this famous extraordinary circumstance.