In Europe, the strike is a fundamental right. It is part of its history and even its ethics.

It is not a question of calling into question this freedom, but of understanding what it implies, especially when it invites itself to air transport. The rights of passengers in case of delay or cancellation of flights are indeed the subject of some omerta from companies, when it is not simply for them to try to circumvent the law! 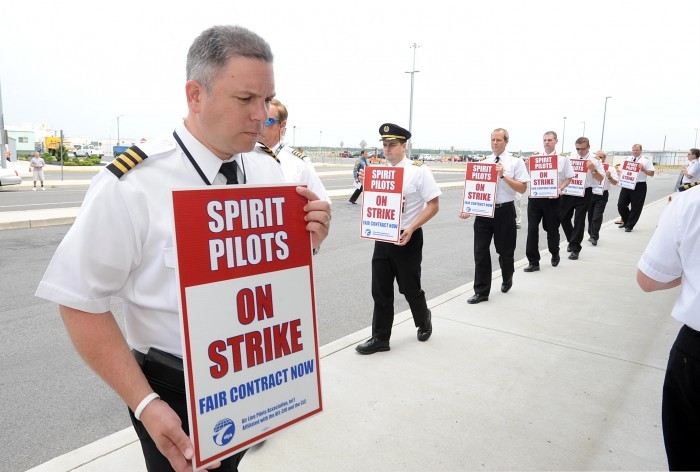 Before discussing possible refunds, we must understand what we are talking about. When a strike is not directly connected to the airline, particularly during a strike by air traffic controllers, it is considered an extraordinary circumstance. Airlines are then exempted from paying compensation, but that does not mean that they should not pay any compensation. What injured travelers still ignore too often.

Thus, they can request the refund of the price of their initial flight, especially if their flight is canceled and no alternative solution is proposed to them. They also have the possibility of having an accommodation, when they are brought to sleep on the spot. Finally, under certain conditions, companies are also required to offer snacks when travelers stay on the spot waiting for their next departure.

Finally, they are also required by the European regulation to communicate these rights in the registration area, but often they do so via a simple A4 sheet, pinned at the check-in desks and which goes completely unnoticed. In the event of cancellation or refusal of boarding, the airline company is even obliged to present a written notice to the passenger concerned, who informs him about the rules of compensation and assistance applicable under the European regulation.

Rights exist, but nobody knows them

Who is right and who is wrong? This is not the question. It must be said that some companies do not hesitate to blur the slopes. Thus, some often seek to assert the “extraordinary” character of a social movement to avoid paying any compensation. Recently, however, the EU Court of Justice ruled in favor of TUIfly’s 10,000 passengers, who demanded compensation for the cancellation of their flights. Many employees went on sick leave to protest an unpopular internal measure. The Court of Justice refused to recognize the “extraordinary” nature of this “disguised” strike, believing that the company could and should have foreseen it. This judgment extends the application of the European regulation and it does not seem vain to consider it as a step towards the recognition of compensation in the event of internal movement.

To increase transparency in air transport

To help consumers regain power, it seems imperative to help them better understand their rights. That’s why we are campaigning for a clear display of these. The airline lobby makes it difficult to communicate within airports. However, it seems interesting to put it in place in the public transport carrying out transfers or bringing the passengers to the terminal.

This could take the form of posters, clearly summarizing the possible compensation, depending on the circumstances (ordinary or extraordinary). Armed with this knowledge, the people concerned could then assert their rights with the airlines. The latter would have every interest in being more transparent in this area, in order to win the trust of their customers and to moderate the legitimate discontent of passengers.