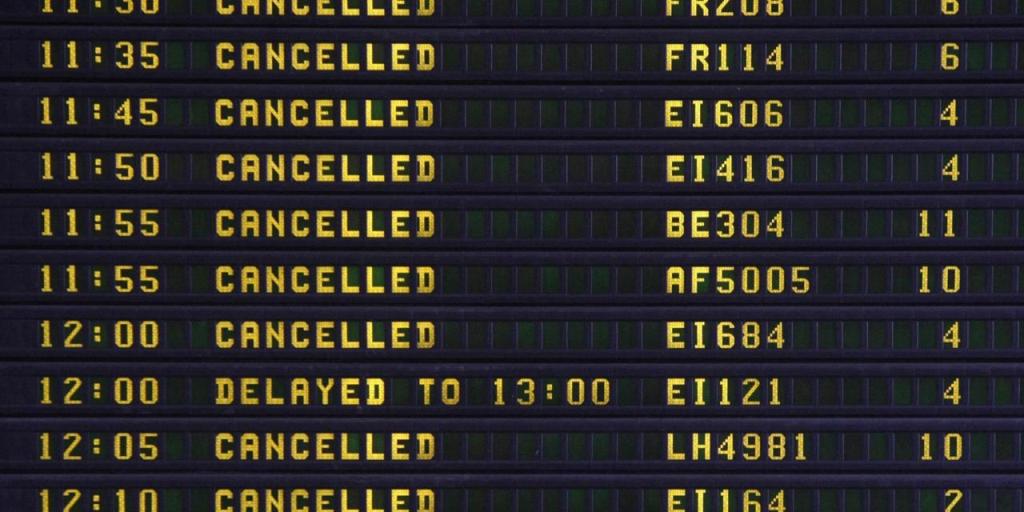 After a year of record air strikes and airport delays due to bad weather, Flightright, has compiled some of the strangest causes that have disturbed the normal functioning of airports and air routes , causing delays, cancellations and emergency landings. These are some of the most surprising:

A pit bull on the track

A dozen flights were affected last June by the presence of a dog of pitbull race, who snuck into the runway of the airport in Ibiza. (A dog on the Ibiza tracks forces a flight to be diverted and delays eleven more). According to sources from Spanish Airports and Air Navigation (Aena), a flight from the London-Gatwick airport had to be diverted to Palma and the other 11 suffered delays of around two hours.

The airport’s hawkers and signallers, together with the Ibiza Fire Brigade, captured the animal and from the airport the Local Police of Sant Josep was notified, which took the animal to the canine center ‘Can Dog’. Aena explained that it is not the first time that an animal sneaks into the airport of Ibiza, so it is studying where they can enter and, thus, take action “as soon as possible”.

The impact of a bird

It may seem that the collision of a bird with an aircraft does not cause significant damage; well, last June, the simple impact of a bird forced the Vueling company to cancel several flights. The bird broke part of the plane’s engine and there was no alternative but to take off. As a result of this incident, Vueling had to suspend all scheduled flights with Barcelona and that had to leave the Granada airport.

A plane of the Jet2 company that flew from Belfast towards Ibiza last June had to make an emergency landing in Toulouse to lower the aircraft to a British tourist who was under the influence of alcohol, behaved little It was decent and had an inflatable doll on it. The incident caused a delay of 4 hours.

Also in June, the company Ryanair was forced to make an emergency landing of a Dublin-Ibiza flight for no less than 20 drunk passengers.
On the other hand, in July, on a flight from Paris to Palma, a drunk tourist attacked one of the crew members with a headbutt, which caused injuries to the worker and motivated the police to reduce the aggressor. Apparently, the flight was already late and, during the wait, some passengers had drinks at the airport bar. When boarding, already intoxicated, a member of the group repeatedly insulted the crewmember because the plane had not taken off and when he asked him to leave the plane, he reacted by attacking him.

The problem of alcohol in flights is not an isolated issue, and is a cause of concern for both the airlines and the authorities (Altercados daily in terminals “for allowing alcohol” on flights to the Balearic Islands) (Maximum penalty for women drunk that forced to divert a flight from Manchester to Ibiza).

A study conducted by the Official College of Pilots of Commercial Aviation (Copac) reveals that, in the last year, about 40% of the pilots surveyed suffered some incident with conflicting passengers, in many cases caused by alcohol abuse ( Blows and scratches between drunken friends on a London-Tenerife flight).

Not only the bad behavior of the passengers can interfere in the normality of a flight. Last July, a flight of the airline Transavia that covered the route between Gran Canaria and Amsterdam, was forced to make an emergency landing due to the bad smell of one of its passengers. The device had to deviate and land at Faro airport, in Portugal, due to the constant complaints (and even some vomiting) of the passengers. In the end it was learned that the passenger had a disease.

Another episode related to the bad smell. A flight from Dubai to Amsterdam had to make an emergency landing in Vienna after the uncontrollable flatulence of a passenger caused a fight. The police evicted from the plane both the passenger of uncontrollable windfalls, and the passengers who rebuked him.