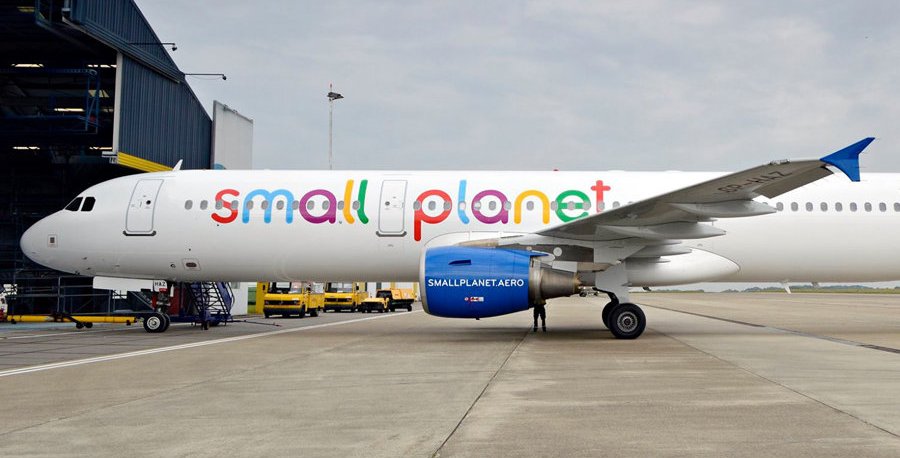 After stopping the operations of its German and Polish subsidiaries, Small Planet Airlines, one of Europe’s leading charter companies, is urgently seeking new investors to validate its restructuring and survival. The company is well known to French tour operators, for whom it has been flying for several years.

Will Small Planet Airline be the next European airline to disappear?

The Lithuanian carrier, specialist in charter flights and well known by major European tour operators, has announced a restructuring and explains looking for new investors.

It filed under the Lithuanian regulations on October 24, 2018, despite what it describes as a “successful and profitable operational performance”, an insolvency application.

A decision that comes after the shutdown of operations for the two subsidiaries of the company, both crippled debts: Small Planet Germany, which stopped flying November 2, 2018, and Small Planet Poland, announced October 8.

In a statement, the company added that this search for new investors is a “crucial step” for the company to “protect it from financial difficulties”. For her, the bankruptcies of her German and Polish subsidiaries are due only to “an inability to manage rapid growth and increasing cost burden”.

Now, the company dreams of a restructuring allowing it to forget the debts generated by the crashes of its German and Polish divisions.

Because, behind the scenes, the CEO of the charter carrier declares that, despite operating profits expected to amount to 3.9 million euros this year, the debts accumulated by the company will be “more important than these benefits”.

“There is a major difference between the restructuring of Polish and German companies and the situation of the company in Lithuania”, seeks to reassure Kristijonas Kaikaris, head of the carrier that operates 8 Airbus A320, based in Europe or Asia.

“Small Planet Airlines in Poland and Germany were loss-making companies, while in Lithuania, we continued to operate successfully this year,” she adds. Still according to the CEO, without new investors, Small Planet Airlines’ subsidiaries will not survive, while the parent company is expected to survive.

“We believe that the restructuring will enable us to mitigate the potential negative impact on Lithuanian society and continue its successful air operations.”

In recent months, the Cypriot airline Cobalt Air, shortly preceded by another Lithuanian company, Primera Air, have both filed for bankruptcy and ceased operations.